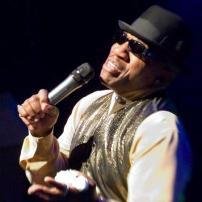 As the son of the great John Lee Hooker, JLHJ was exposed to the life of the blues as some children are exposed to a parent who practices carpentry, bricklaying or farming. At only eight years old Jr. performed on Detroit's WJBK radio and knew from that moment that he wanted to follow the path of his father and become a world-class musician.

His first album, Blues with a Vengeance certainly lived up to its name by wrapping up 2004 with a Grammy nomination in the Traditional Blues Album category and a nomination for a distinguished W.C. Handy Award as Best New Artist Debut. since then JLHJ had relist three more records and got his second Grammy nomination in 2008. JLHJ performed at the Reading 3 venue in Tel-Aviv on November 22, 2010.