Over the past eight years The Aristocrats – guitarist Guthrie Govan (Steven Wilson, Asia/GPS, Hans Zimmer), bassist Bryan Beller(Joe Satriani, Dethklok), and drummer Marco Minnemann (Steven Wilson, Joe Satriani, Steve Hackett) – have released critically acclaimed albums, toured the world, and established themselves as one of the most musically original, refreshingly irreverent, and astoundingly entertaining instrumental rock-fusion acts on the planet. Anyone who’s witnessed their live musical high-wire act – employing random amounts of rock, jazz, pop, metal, and even traditional country – can attest that it is informed by the spirit of a true band, one whose improvisational soul allows for anything to happen onstage at any moment…including the occasional wink and nod at the audience. 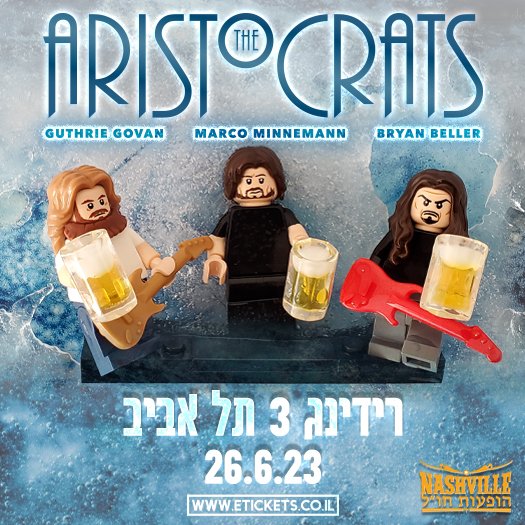